The International Regatta from Canary Islands to Madeira runs every two years.  We were unable to participate in the 2014 Regatta and, after some debate, decided to enter the 2016 event.

We would leave Madeira a week before and take our time going south, with a stop at the Selvagen Islands and so we set off on Wednesday 31st August from Quinta da Lorde Marina at around 13h30.  The wind was NE around 25 knots with 2 -3 metre seas.  We put a reef in the main sail for a bit of comfort but, even so, seasickness took hold with one crew member quite debilitated by it. 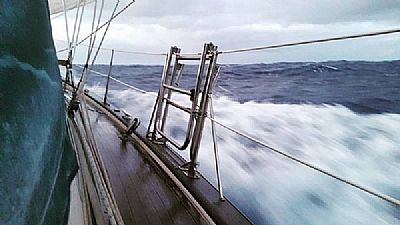 On arrival at Selvagen Islands we found that our friends on yacht ‘Alf’ were already there.  After dropping anchor a few of us went ashore in the dinghy for a visit of the Ranger Station.  The time ashore gave a few hours relief from the seasickness.  I had a quick (really quick) dip in the sea, which was lovely and refreshing. 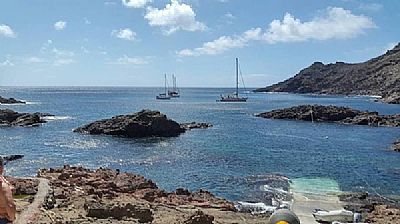 pic: Red Ruth at anchor in the Selvagen Islands

The Selvagen Islands are protected as a Nature Reserve and special permission has to be obtained from the Maderian authorities before visiting.  The Islands are only one square mile in size, with no trees.  The sea is very blue and it was a lovely place to stop.   JP got the oven going and cooked up a storm of chicken and veg to feed everyone before we continued with the journey.

Seas and winds were more of the same as we continued on to Lanzarote and after another night at sea, as the afternoon arrived we spotted the west coast of Lanzarote.  We had decided to head towards the south coast of the Island and travel up the east coast to the Marina at Arracife. 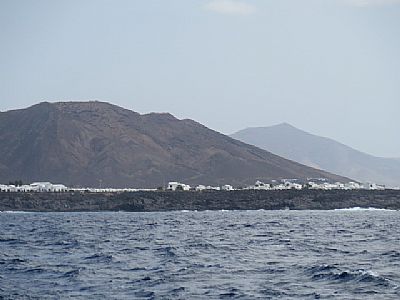 Of course, as we rounded the southern point of the Island the wind was on our nose.  We switched on the engine and motor sailed to the Marina but it was slow progress with the wind and waves bashing the bow. On arrival we unfortunately had a bit of drama.  The Marina staff were excellent and our berth was perfect but as we motored in to the pontoon our reverse gear failed so we couldn’t stop!  Fortunately, there was no wind and Peter had been going really slowly so only a small bump on the bow.

‘Alf’ were able to help us to repair the gearbox and after 6 hours working on the engine we all enjoyed a meal on board Red Ruth.  The Tuna had been caught and cooked by ‘Alf’.  Nothing to beat fresh fish, good wine and great company. 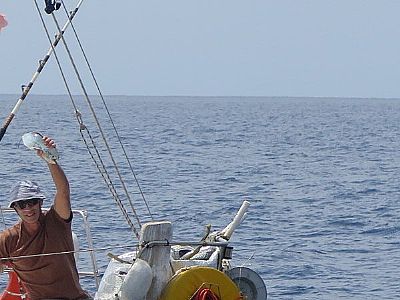 We had a few days to recover from the trip before the start on Tuesday 6th September.  A welcome dinner had been arranged for the crews on Friday evening with a bus trip around the Island and a ‘party’ at a local home on Sunday.  A great way to meet everyone and see the Island.

On our last evening, after the Skippers meeting, we got together again with ‘Alf’ and enjoyed a dinner at Lilium Restaurant in the Marina.  The dinner didn’t agree with one of our crew who unfortunately had a very bad upset tummy during the night.  Luckily he was well enough the next morning to sail. 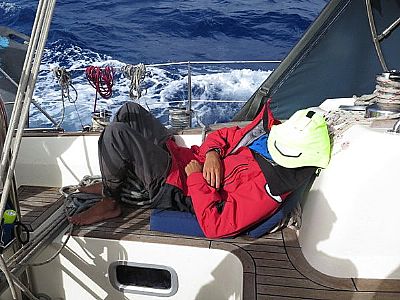 Race Day: Out of the Marina at 10am (engine working perfectly); on the Start Line at 12 noon and crossed the line in approximately 6th place with a fleet of 46 yachts participating.  The regatta is being held using ORC handicaps. 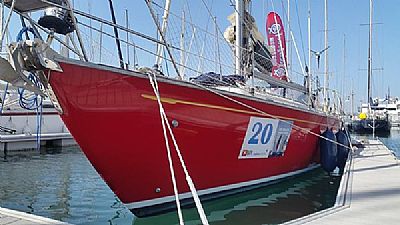 The course took us up the east coast of Lanzarote, taking the Island of Graciosa to Port and then a straight run to Funchal.  Winds were North and over the course of the Regatta were predicted to come around to NE.  We kept inshore as we crept up Lanzarote, tacking our way along to the top. 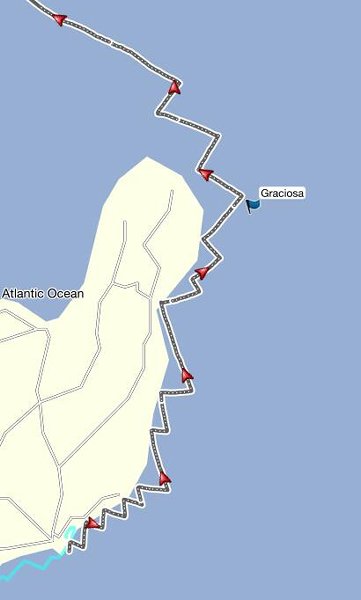 Pic: Our track - tacking up the coast

The expected light winds obviously found some acceleration and gave us a good run on 20 knots gusting 22 -25 knots at times.  We had the full cutter rig up but we briefly put a reef in the main sail as we approached the top of the Island and soon shook it out again.

As night fell we were out into the Atlantic, clear of the Canary Islands.  Chicken and rice dinner was served to everyone and we were feeling ready to face the first night.  Peter had written out the expected weather at hourly intervals and our corresponding course, so we set course and off we went.  We kept as close to the wind as possible on our way and, as predicted, the wind veered to the ENE allowing us a good direct run. 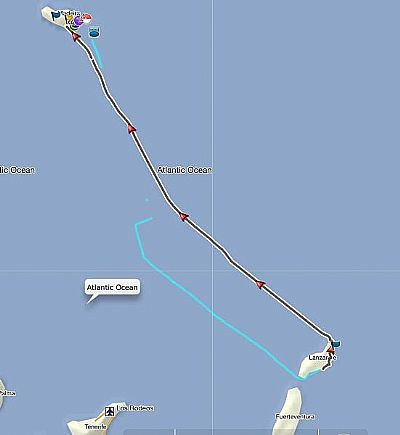 Pic: Route to Funchal - the pale blue line is our arrival track from the Selvagen Islands

A hot meal of Boeuf Daube was served as the second night approached and we were all set ready to keep going.  As we sailed past to the west of the Desertas Islands the next day the wind dropped down to 12 – 14 knots, slowing us down a bit.  Once past the Islands the wind picked up again, with the help of the Rolling Stones!  Antonio, our newest crew member, gybed us across the finish line with a time of 51 hours and 25 minutes giving us 3rd place overall and 2nd in Class (Class 4 ORC).

We tied up at the visitors’ pontoon in Funchal Marina and completed the necessary photo shoot, arrival registration etc. but then we were told we couldn’t stay there and would have to return to Quinta do Lorde Marina.  We were really disappointed as we had been told that all the Regatta entrants would be given spaces in Funchal.  We were also very tired and the thought of another hour and half travelling to Quinta do Lorde wasn’t really what we wanted.  However, we had no choice and had to leave! 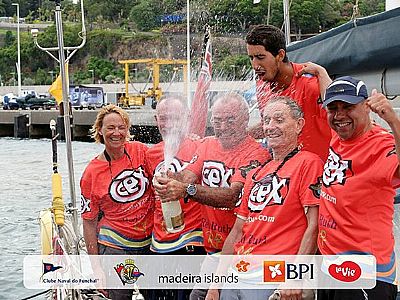 Pic: Our arrival in Funchal

The next day was spent cleaning Red Ruth inside and out, followed by a crew dinner at Lily’s Restaurant.  A list of repairs and maintenance drawn up – all things to get on with both now and when she is on the hard.

Overall, a fantastic experience.  Peter and I extend our thanks to the crew: Antonio, Bruce, John Paul and Hugh.  A total of approximately 640 miles round trip with an average speed of 6.1 knots (although we did touch 7.4 knots at times).  Well done Team Red Ruth. 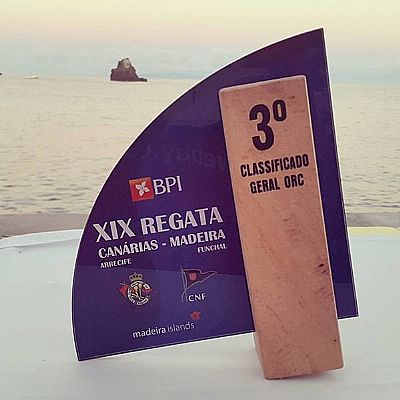